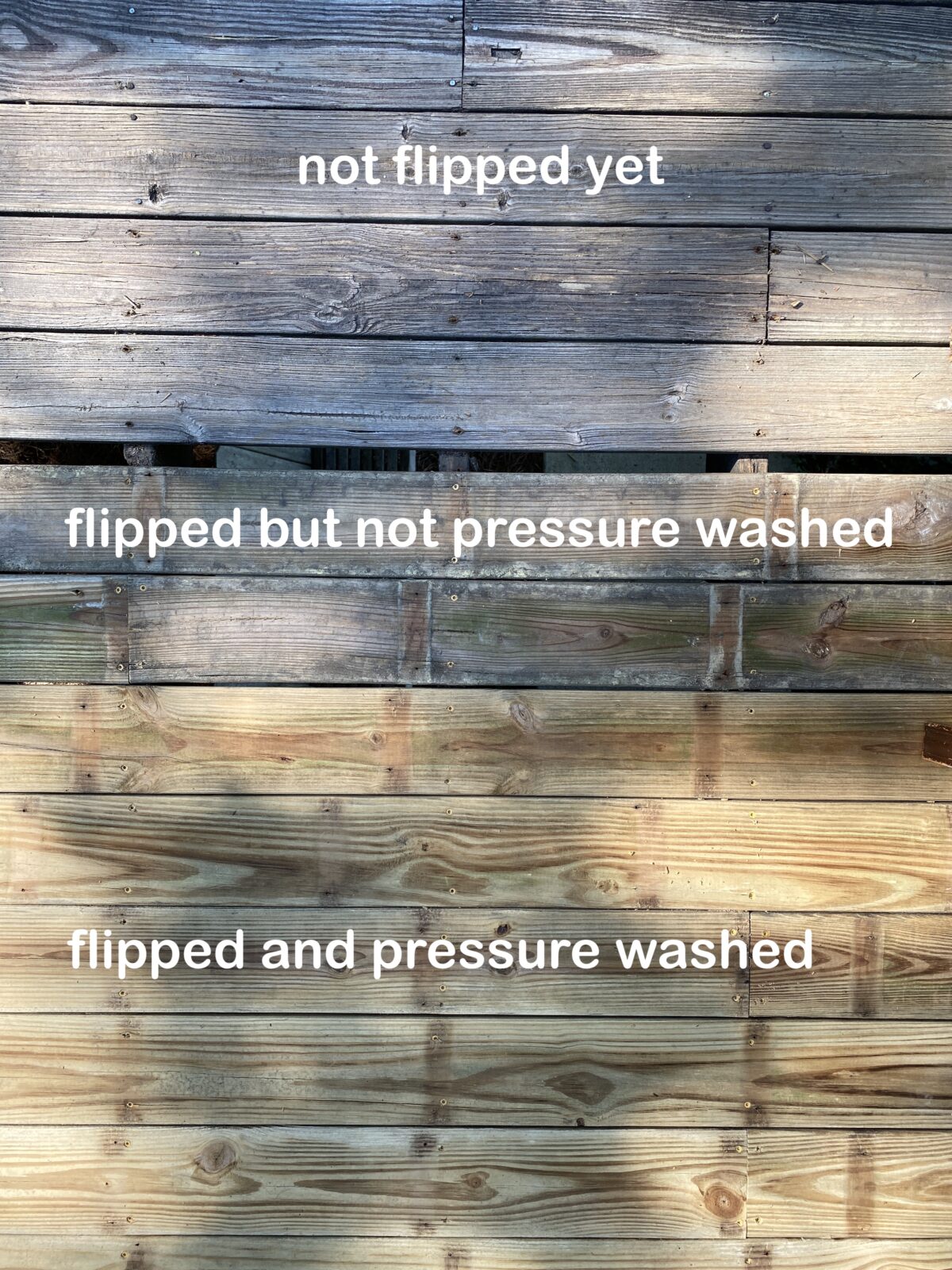 In 2011, we purchased our lake house. In 2013, we renovated and added an addition. Our deck is original to the house and we have been contemplating what to do with our deck for several years. We considered replacing the wood with composite, but that is so expensive and not in our budget yet.

Neal wondered if we could flip the boards. We examined the underside of the deck and the boards appeared to be in good condition, just needed to be cleaned. So, we opted to flip the boards over and get several more years of use out of them. Neal is a GENIUS, but don’t tell him I said that!

We pressured washed the entire deck floor before starting even though the deck surface would become the underside of the deck. This removed any dirt, mold, and mildew and gave the underside a better appearance.

We used a small pry/flat bar to chisel around each nail to make it easier to pry each nail from the board. 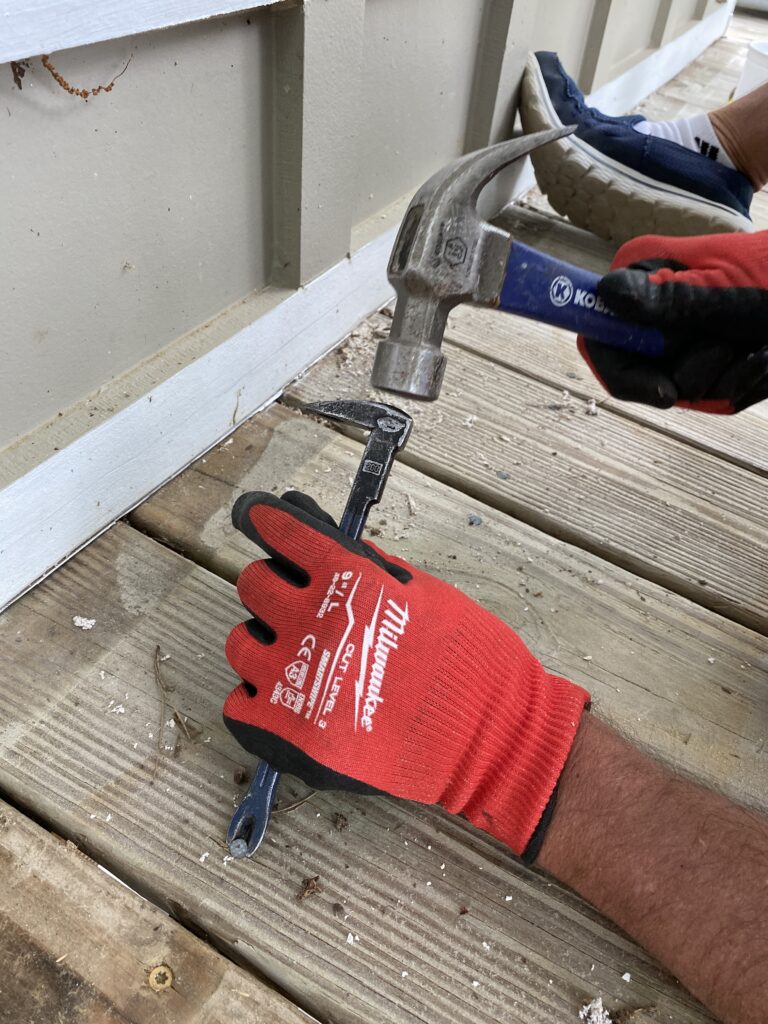 We were very careful not to break or crack the deck boards.

The front of our deck was fairly simple because the boards were all the same length (no staggered boards) and did not require any cutting – – simply flipped them. 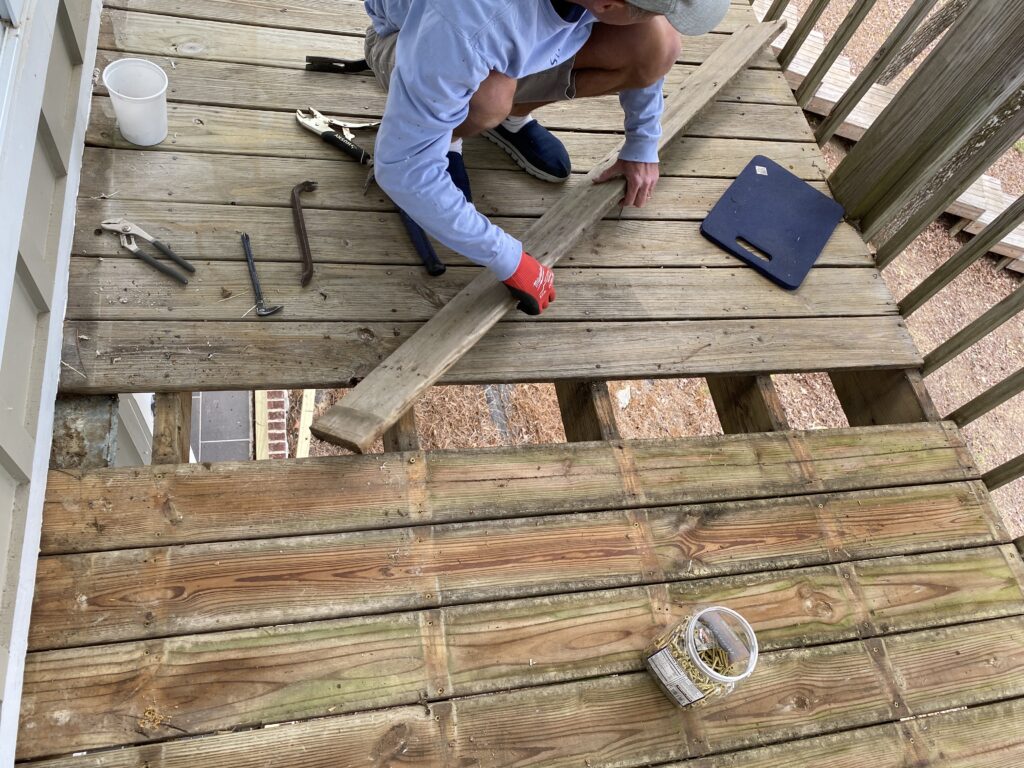 Flip, Cut as needed, and Screw the Board in Place:

The side deck was a little more challenging because it is a larger space and required us to cut and reconfigure (like a puzzle) some of the deck boards. Through this process, we ensured that each row was staggered. In other words, we did not want any seams in adjoining rows to line up. 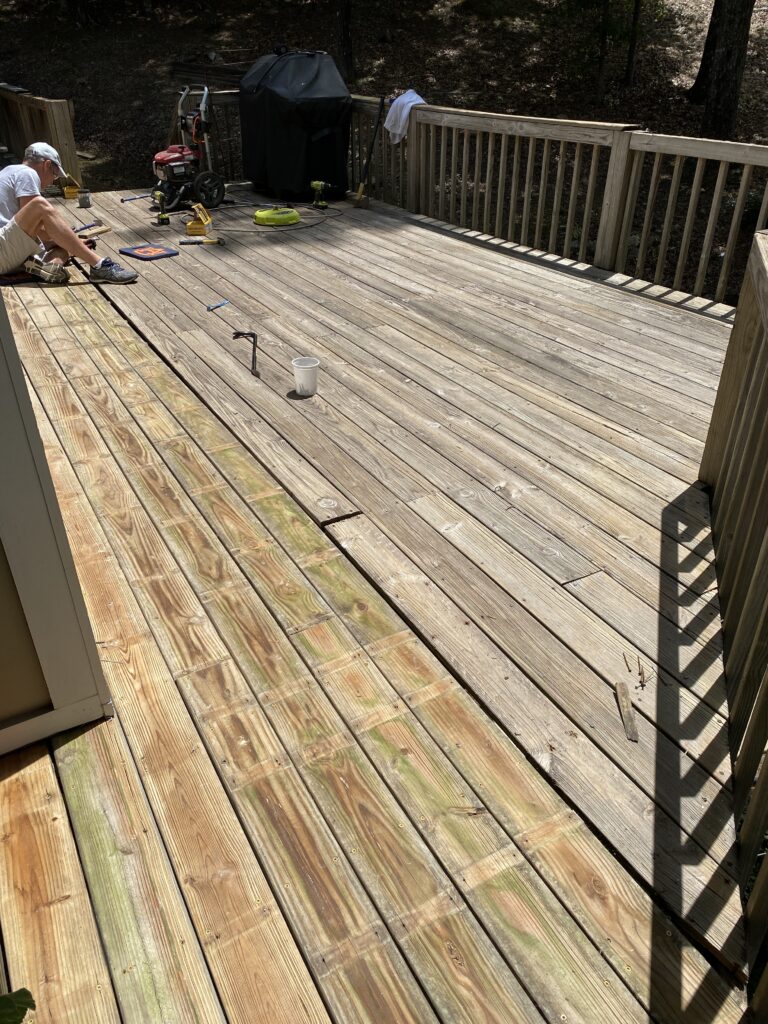 Because we had an entire section that is angled at the end, we had to cut each of these pieces to be the opposite angle and then piece these rows. We used a miter saw to cut each deck board as needed. This took additional deck boards. We wanted all of the deck to match/blend. We had plans to replace the deck railing, so we used the handrails (also deck boards) to fill in as needed. 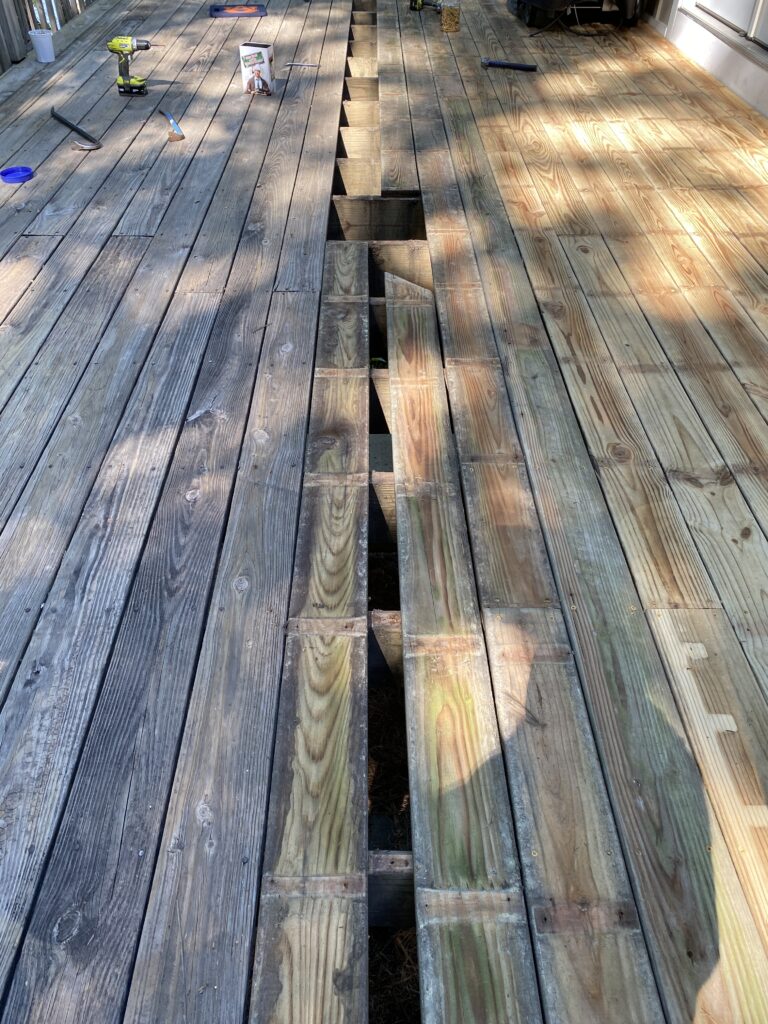 We prefer to use deck screws instead of nails. Over time, nails start protruding out of the wood and have to be hammered down (also stub toes if not hammered down). Screws are more secure and also make it easier to remove the deck board in the future. (We hope to replace the wood with composite one day.) 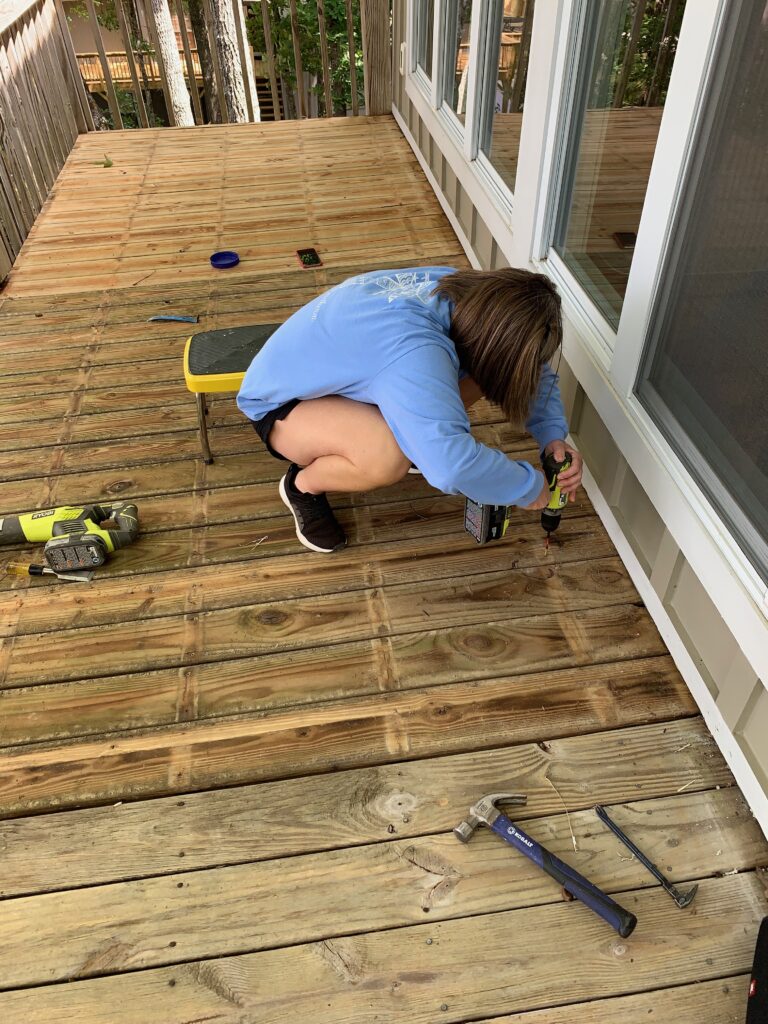 Once we finished each section, we pressure washed the boards. This is when the real beauty of the wood emerged. We were delighted with the result because it almost looked like new wood. 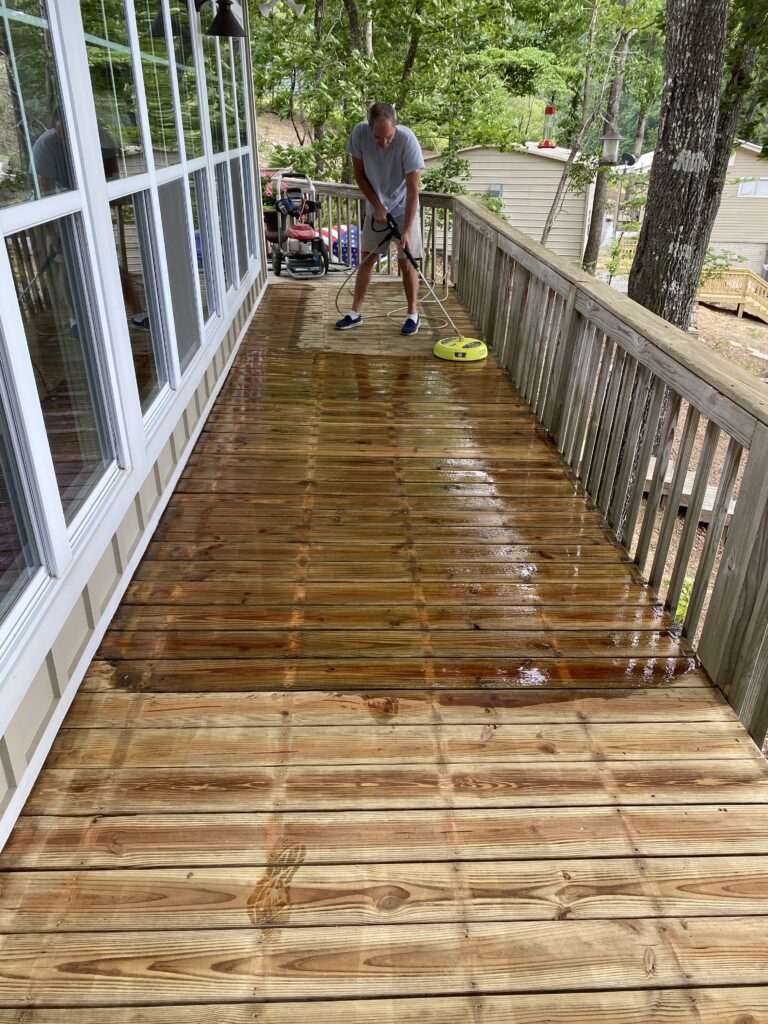 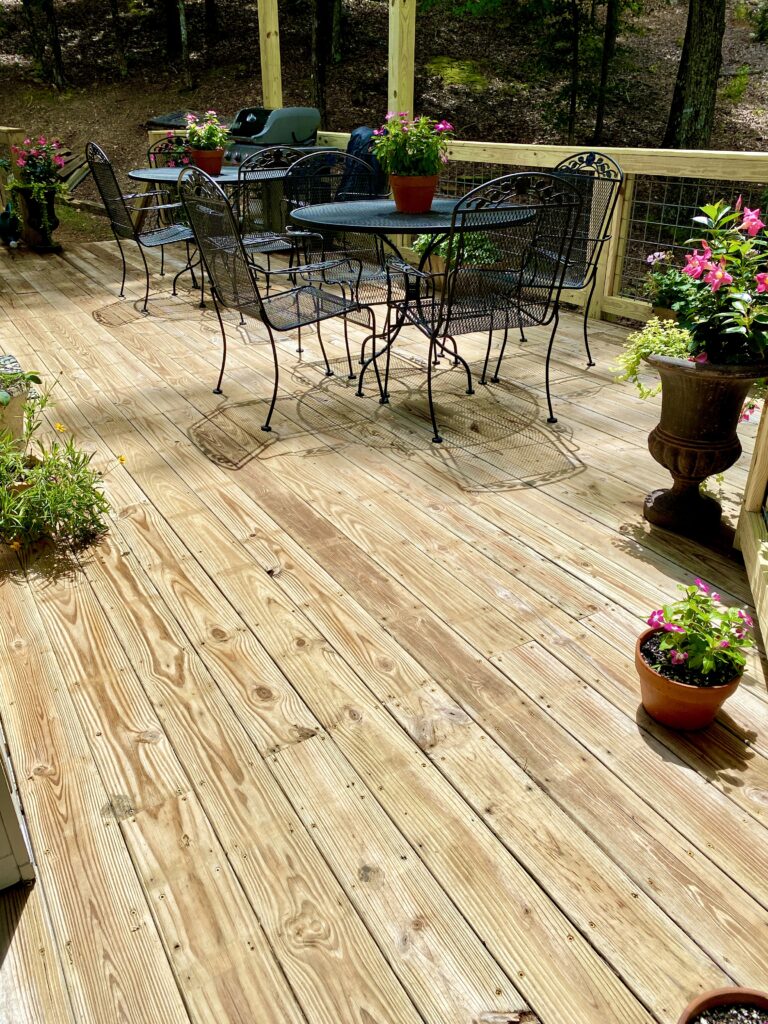 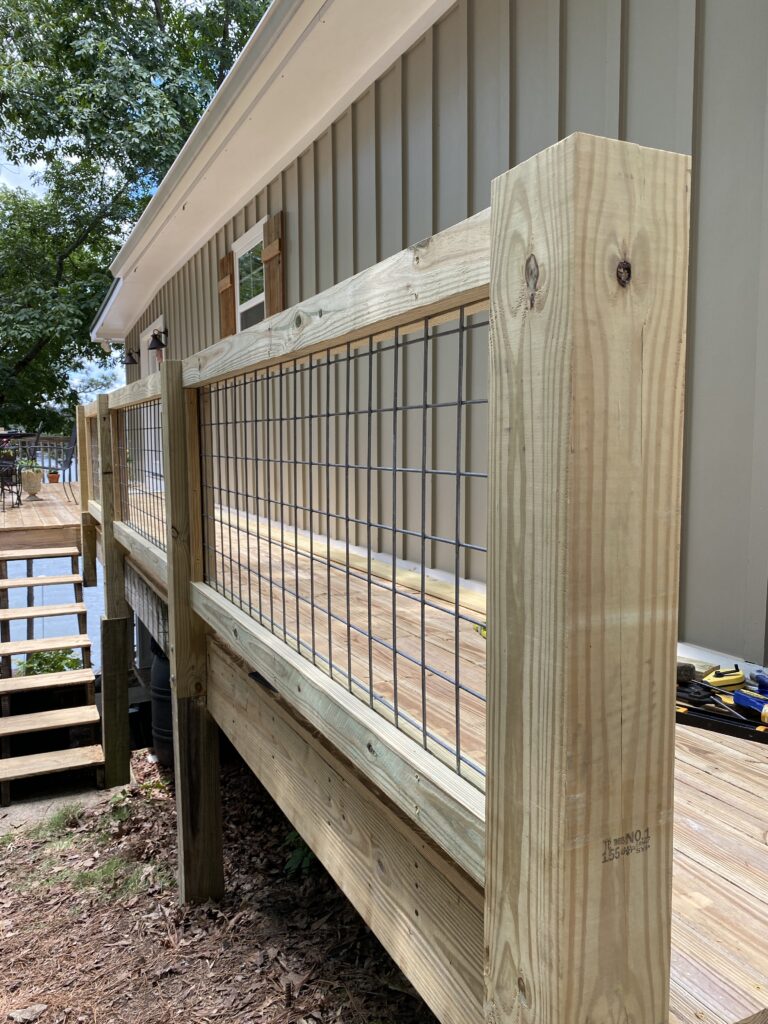 Let us know what you think or if you have any questions by commenting below.

17 thoughts on “Redoing Our Deck by Flipping the Boards”